Just two years after collectively relocating from Thunder Bay (to Toronto), the pop-rock quintet has issued a massive, sweat-soaked, insanely confident debut, The Heart. The Head. The End. Not only that, they’ve picked up a record deal, marquee management, a Sirius XM Emerging Artist of the Year award and a swelling fan base. Few can make something as tough as pursuing a dream look so dang easy.

“Oh man, we are so lucky,” confirms singer/guitarist Matt Fratpietro on behalf of his cohorts. “Touring across Canada is so hard. And there are lots of bands that do that for years and years and don’t get the breaks we’ve had.

“We came here and were signed within a year to a small, very supportive label, Bumstead Productions. I mean, obviously we sold our souls to the devil,” Fratpietro howls. “But still. What a deal we got!”
Kidding aside, The Heart. The Head. The End. could not have emerged if Poor Young Things – high school pals Fratpietro, guitarists Michael Kondakow and Dave Grant, bassist Scott Burke and drummer Konrad Commisso – had elected to play it safe.

“It’s scary to leave your hometown,” Fratpietro admits of the big move south in November 2010. “We had been playing together for about three years at that point in some incarnation or another. The five of us all agreed to move together, which made it a bit easier though we are all living in the same house now which is… cozy. I mean, we see each other every day.”

With that said, what a debut they made back in May 2013!  I have such respect for a band that moves its home base to a completely different and much more aggressive city.  This collection of songs are about the best thing I heard last year as far as new bands go.  Since I write at my own pace without being paid on most reviews, I get to review what I want.   One day I might get paid for all reviews which would be nice.  I also know that many people come here to read about bands that are not known in countries outside of Canada and the US.  So, it’s nice to know that there are some real music fans out there who actively pursue new music and new bands from other countries.

The track listing for the album are:

The music on the album is upbeat, collectively played very well and fun in general.  This is a very good collection of songs to begin a musical career on.

“Dress It Up” roars off the computer screen in a huge way.  Speaking of hispters, peace and love, things are different for the person looking from the outside in.  That’s what this song speaks of to me.  The person you’re looking at or hanging out with sees things in a “rose coloured glasses” kind of way while you see things for what they are – stark, broken and sick.  Everyone sees things differently and some people remember events “dressed up” as the memory isn’t foolproof.  Musically its an uptempo song with a great beat and a good hook.

“Sign of the Times” is about the current state of the financial crisis all over the globe.  Insecurity and high unemployment and how that makes one feel.  Musically it has hope in the chorus to verse although it does have a certain gloom to it lyrically.

“Warpaint” is a good song that has a steady beat and good lyrics.  “Wash away your war paint” gives you a clue as to what the song is about lyrically.  Ready for battle?  That’s what this speaks of in general terms.  The music is fast, strong and in your face with attitude.  Fighting is not so good in this day and age.  It just sucks your energy and brings you down to another person’s level.  And in the end, was it worth it?

“Black Lightening” is the best damn song on the album for me.  Based in minor keys this song stands out based on just that.  However, the lyrics are just so good.  Here’s what the band said about this song, as posted on their website:  “‘Black Lightning’ only took a couple of days.”  Not bad, short and sweet.

All of the songs on this album are better than average, meaning for a debut it’s about as good as it gets.  Relate-able songs, exceptional vocals and collectively played well, this album is a gem from 2013.  If you like independent bands without the big label hoopla, this is a band you’ll enjoy listening to and following.

You can find all things related to the band at their website.  And you can listen to the songs from the album there as well.  The band will be playing shows on:

May 9 2014 @ Riverstone Event Centre in Welland ON 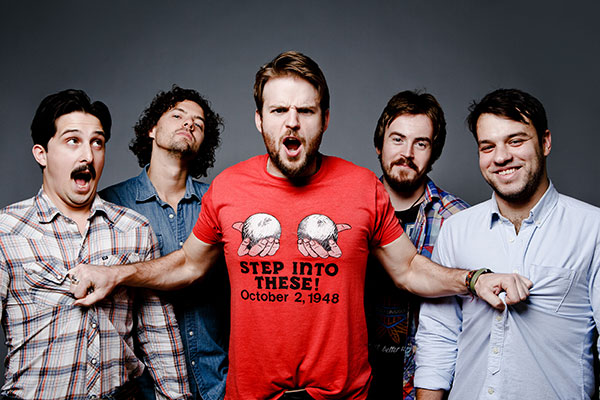 Jade Sperry thanks you very much for any and all comments. JS Cancel reply